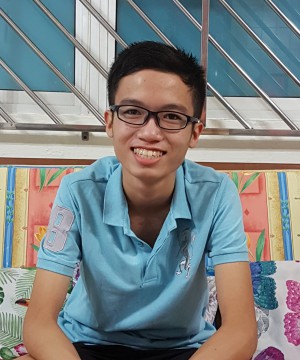 Our photographer, Sin Chee Keong, is also the founder of SCKstudios, hence the name. Growing up in his parents' nursery, he developed a strong interest with nature and protecting the environment. In his primary school days he was obsessed with the mecha figurine franchise Gundam and became an avid collector of said figurines. He would photograph every figure he had and proudly proclaim on his instagram which he soon realised was a hobby of his.

In secondary school, Sin Chee Keong's election as the president of the Green Club only strengthened his love of nature. He decided to put his hobby of photography and his passion for greenery together and became a self-taught nature photographer. Specialising mainly in macro still-shots, he is able to bring out the movement in his subjects with intricately and meticulously planned shots. He hopes his photographs picturing the beauty of the flora of Singapore will help to discourage people from destroying the environment. When not behind the camera, Sin Chee Keong still collects his Gundam figurines and is ever proud of his expanding collection.

Email (for engagement of services):